Recently a study conducted by online security firm BitDefender suggests that over 1/5th of Facebook users are subjected to Malicious software and attempts to hi-jack their computers & accounts.  This is a shocking statistic one that makes a lot of users worried about their own safety and privacy.  They gathered these statistics using their Facebook App called SafeGo.  Essentially what this app does is act as a monitoring service to help keep suspicious links on the social network out of your path.  From their app description:

Posts on your wall, comments from friends, Inbox messages: sharing’s the name, having fun is the game. Well, at least until an infected link or a ton of spam steps in to spoil it.

Using in-the-cloud scanning, BitDefender safego keeps your social networking account safe so that you and your PC don’t get into e-trouble. An efficient BitDefender spam repellent also helps keep your message flow free from this kind of blah-blah.

And that’s not all. With BitDefender safego you get a privacy rating that tells you whether you’re an easy prey on the personal data theft front as well.

Now here is the shocking statistics that they gathered…

Within that, the most popular subset of “attack apps” (21.5 percent of total kinds of malware) were those that claim to perform a function that Facebook normally prohibits, like seeing who has viewed your profile and who has “unfriended” you. 15.4 percent lure in users with bonus items for Facebook games like free items in FarmVille; 11.2 percent offer bonus (yet bogus) Facebook features like free backgrounds and “dislike buttons,” 7.1 percent promise new versions of well-known gaming titles like World of Warcraft; 5.4 percent claim to give away free cell phones; and 1.3 percent claim to offer a way to watch movies for free online.
As the saying goes, if it sounds too good to be true, it usually is.  Therefore don’t go around clicking shady things on Facebook because the moral of the story is there are bad people out there trying to get you.  Facebook is working on eliminating this spyware, malware, viruses, but they have their hands full.  Ultimately it’s up to the user to protect themselves.  That being said, the SafeGo Facebook app from BitDefender doesn’t sound like a bad idea.  Stay safe out there folks, and remember always use protection! 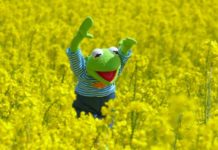