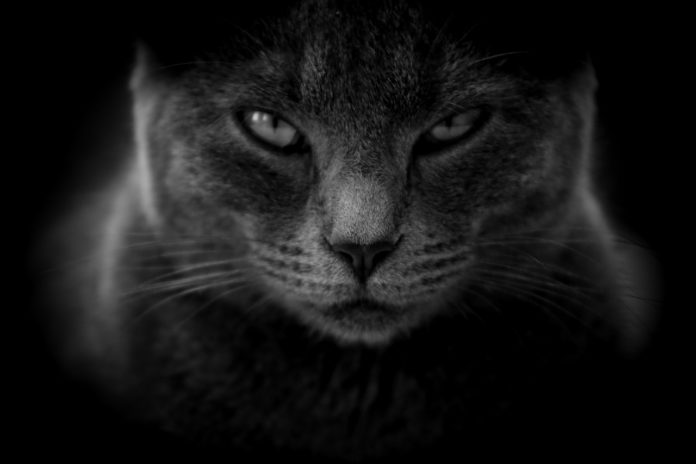 Nothing brings more joy to a cat lover’s heart than a cat meme of an adorable ball of fluff doing something silly. Cats are the most popular pet in the United States, and their combination of elusive secrecy and carefree playfulness have captivated countless hearts over time. Although dogs have gained the reputation of man’s best friend, there is no denying that cats are well-loved around the world.

Quick Navigation
What Are Cat Memes?
A Brief History of Cat Memes on the Internet
Our Favorite Cat Memes
Come Here Often?
Not Yet Carl
Hacker Cat
Aunt Carol?
The Cat Traps
A Rare Cat Tree
In Disguise
Who Owns Who?
Conclusion

As a result of their widespread adoration, cat memes have become incredibly popular across the internet, filling the digital world with their heart-warming and hilarious pictures of cats being ridiculous.There are cat memes for every occasion, as cats have been recorded doing an innumerable amount of hilarious things over time. Cats also have exceedingly expressive faces, which makes for the perfect opportunity to write a funny heading and create an irresistible meme. Nothing brightens a sleepy Monday or a rainy day like the lovable face of a cat or kitten alongside some well-chosen words to add some humor to the situation.

What Are Cat Memes? Memes are the winning combination of a funny picture and a clever caption that typically pokes fun at what is happening in the picture or adds meaning that is not actually there. The best memes are original and surprising to the viewer, eliciting a laugh and hopefully brightening someone’s day.

Cat memes are memes based on pictures or videos of cats, and their disarming cuteness combined with their undeniable hilarity has taken the internet by storm. With a simple Google search, you can find an endless supply of cat memes that will keep you chuckling all day long.

A Brief History of Cat Memes on the Internet

Cats first began rising to internet fame in the early 1990s after a few sites revolving around cats and their antics began to appear. This soon spun off into the creation of internet journals, in which cat owners posted funny pictures and videos of their cats being adorable and ridiculous. In 1992, people began sharing pictures of their cats over email, a trend that only grew in popularity over time. Also by the late 1990s, people began writing blog posts about their furry friends.

In the early 2000s, this phenomenon only gained speed as the internet became more popular and accessible. Online hubs began to include cats as a recurring topic in their content, and the Infinite Cat Project, in which cats are found observing other cats, was brought into existence.

2006, however, was when cat memes truly became the star of the internet with the success of LOLcats and the creation of YouTube. This was also the year of the first viral cat video; a hilarious account of an age-old rivalry called Puppy vs Cat.

A year later, in 2007, LOLcats created the website I Can Haz Cheezburger, and the internet couldn’t get enough. At this point in our digitized world, cats have entirely taken over the internet and are widely known as the internet’s unofficial mascot. There are an innumerable amount of Instagram accounts, blogs, and websites exclusively dedicated to recording the antics of cats through videos and memes. It can be difficult to choose a favorite cat meme when there are so many amazing ones spread across the internet. We have compiled some of the most creative, adorable, and downright hilarious cat memes on the internet. Each of these comments on truths about cats that many cat owners are only too familiar with, using a combination of pictures and words to capitalize on comical cat-based moments. These cat memes are too hysterical to resist, and they are bound to bring a smile to your face. In this adorable and hilarious meme, a cat is photographed lying on the ground across from a cat stuffed animal. He is peering at the stuffed animal in a very intrigued way, as if he’s interested in the animal and wants to engage him. The heading “Come here often?” perfectly encapsulates his expression and makes the clever joke that he is trying to hit on the stuffed animal but has not yet realized that it is an imposter cat. This meme is guaranteed to make you chuckle, especially if you’ve seen for yourself the interactions between your pet cat and a stuffed animal cat. This cat meme makes fun of the struggle that all cat owners know too well- there is no such thing as a clothing item without fur on it if you own a cat. It almost feels as though cats intentionally wait until their owner is wearing a particularly dark or fancy outfit, and then they take the opportunity to cover it in fur. This meme features a picture of two cats looking very solemnly at something. The words read “Don’t sit on his lap now Carl, wait until he is wearing all black”. This meme shows a picture of a cat looking into the camera of a computer with the heading “My laptop is set up to take a picture after three incorrect password attempts.” This implies that the cat in question has been attempting to break into his owner’s laptop but has been caught in the act by the laptop’s security settings. Many cat owners are familiar with the struggle of using a laptop in the company of a cat; cats love nothing more than walking all over the keyboard, wreaking havoc on their owner’s work. This hilarious meme makes a joke of this reality that would elicit a chuckle from the most serious cat lover. This meme captures a bizarre and comical moment in this young cat’s life. A puma is standing at a glass door looking into the living room, and the house cat is looking at the camera with an expression of extreme shock and fear. The words of the meme read in all caps: “Mooommmm Aunt Carol is here!!” This meme is clever and creative, implying that the shocked expression of the house cat reflects his anxiety about the arrival of an older relative rather than the arrival of a large predatory cat. It plays into the fact that both animals are cats, and it takes perfect advantage of the house cat’s priceless expression. In this cat meme, three cats are shown sitting separately in cardboard boxes spread about a yard apart. The words read “The cat traps are working”, implying that the cardboard boxes are meant to trap the cats. The creator of this meme captured a comical moment in which each cat has claimed a box, and the caption is original and funny. All cat owners are aware of the deep love that cats have for cardboard boxes, making this meme even funnier. The incredible cat tree meme features a picture of an impossibly voluminous cat sitting atop two wooden posts with a serious expression. His limbs are covered far beneath his extremely fluffy coat, and once it is pointed out to a viewer, he looks strangely like an exotic fantastical tree. The caption reads “Rare photo of a cat tree in full bloom.” These words are simply too perfect for the situation and the serious expression of the cat, making this one of our favorite memes on the internet. With the caption: “Day 11: the dog still thinks I’m fur,” this meme is as adorable as it is hilarious. The picture shown is of a golden retriever sitting down with a tiny orange kitten nestled into his fur with a serious expression. The two animals are the exact same shade, which is what makes the caption so exceptional. The baby kitten looks very much like he is attempting to hide within the dog’s fur, which makes this meme simply too funny and too cute to resist.

Cats are known for strutting about the world like royalty, laying in the most inconvenient places, interacting on their own terms, and essentially doing whatever they please at all times. Sometimes we wonder who owns who. This meme shows a cat with a shocked expression as if he has just had a revelation, and the caption surrounding him reads “What if the human is not my pet… but I’m his?” This makes fun of the haughty countenance of the cat, commenting on the feeling that we humans serve them more than we own them.

The internet is a hub of hilarious pictures and quotes, full of content to provide entertainment and laughs for days. A large component of internet humor is cat memes, as their clever captions and adorable pictures are simply too funny to handle. Any slow morning or grumpy mood can be instantly fixed with a few well-timed cat memes full of fluff and sarcasm. If you have not yet jumped on the cat meme bandwagon, we assure you that once you get a taste of the cuteness and humor of this amazing phenomenon, you will never want to go back! 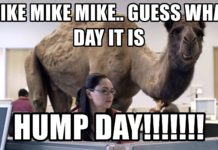 Already in a Slump? Here’s a Wednesday Meme Collection to Cheer You Up