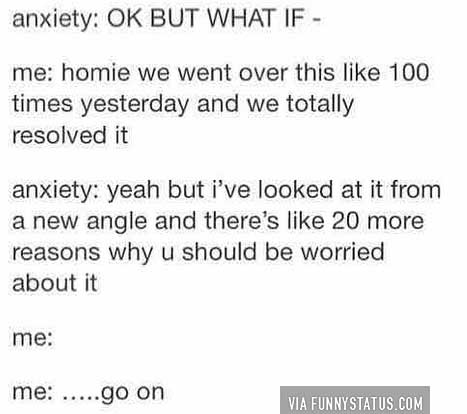 How I overthink everything..

Sometimes you’ve just gotta push it to the back of your mind and move on.

Awooooooooo! Now, I want a puppy too howl along with him.