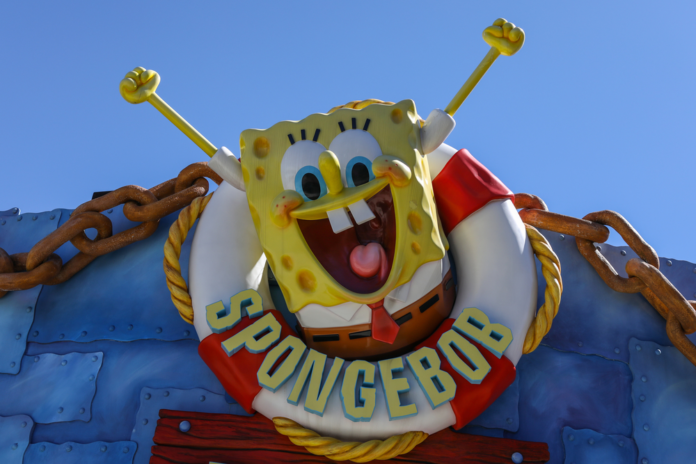 SpongeBob SquarePants has been one of the most iconic cartoon characters of the 21st century and continues to delight children and adults alike with its unique humor and charming stories. SpongeBob has become, as of the last few years, a part of a strange phenomenon on the web we are sure you know of: memes. Memes reign supreme in today’s online world and are shared by millions of users each day. SpongeBob has become a standout meme, and in this article we will explain why you are likely to come across a SpongeBob meme sooner rather than later.Since the passing of SpongeBob SquarePants’ creator Stephen Hillenburg, the character has come into focus once more. The internet is flooded with SpongeBob memes precisely because Hillenburg’s creation is so charming, recognizable, and filled with themes that targeted audiences far older than its intended viewership. The age group that is dominating the internet today grew up with the lovable character and is also one reason SpongeBob memes are so popular at the moment. A typical SpongeBob meme is clever, relevant, and layered with sub-themes.

What Is SpongeBob SquarePants?

SpongeBob SquarePants launched on Nickelodeon in 1999 and quickly rose up the ranks to become one of the most watched cartoons on the network. SpongeBob SquarePants is a sponge that lives in the fictional underwater town of Bikini Bottom, where he works as a fry cook in a popular hamburger joint known as the Krusty Krab. SpongeBob is surrounded by a colorful cast of characters such as his best friends Patrick Star, Sandy the Squirrel, and his gloomy neighbor Squidward Tentacles. The bright personalities of this cast of characters are part of the magic of the show and contribute to its memefication.

SpongeBob SquarePants is a cartoon that has packed into it several multi-layer themes that could easily bypass the radar of most children watching but which adults could easily see. The appeal of the cartoon was its ability to submerge the viewer into rich stories, that accompanied by excellent animation, imprinted vivid images in the minds of many. A SpongeBob meme today will take full advantage of those moments in the show that are forever imprinted in the minds of those who grew up watching the program.

To understand why SpongeBob makes such as great meme, it is important you know what a meme is. In today’s culture, a meme is a humorous image, a piece of text, video, etc. Memes may have slight variations and are shared rapidly by users on the internet sometimes as a means of social or political comment. Memes form part of anthropology and are defined by studies as ideas, styles, and behaviors that spread quickly spread from person to person. Memes are organic in their nature as they respond to social pressures and adapt accordingly to changing perceptions. The internet has put a bright spotlight on them.

SpongeBob SquarePants’ characterization is a part of its internet stardom, the cartoon characters relatable predicaments, his sometimes oblivious nature, his earnest spirit, and his wonderful pet Gary help viewers identify themselves in the character. SpongeBob memes, therefore, are relatable and are reference points to various situations. “Remember that time that SpongeBob did this? How about when he…?” These are questions that people years ago would use as points of reference for comic situations, but today are just one click of the mouse away. One reason SpongeBob SquarePants continues to dominate the internet is that those who are creating the memes were likely fans of the series during its golden run—1999-2004—and are mining those classic episodes for comedy gold. It is an interesting study as it shows how pop culture can directly connect to ideologies and be transferred from one generation to the other. SpongeBob’s animated movements and running gags have allowed it to become something that is immediately recognizable and more so by those who enjoyed the show despite memes sometimes dismissing the context altogether.

SpongeBob is not only relatable in its personality, but also because of its long tenure; it has amassed a massive pool of individuals who immediately recognize the character and the situations he finds himself in. SpongeBob can be immediately identified by almost anyone and has so much material through its multiple seasons to cover almost any situation imaginable. The appeal of SpongeBob is its over-the-top animation, but the voice over work is also incredible. Audio bits have also become well-known memes. SpongeBob has everything covered; therefore, it is unlikely that it will relinquish its internet glory.

Here we have compiled a short list of four SpongeBob SquarePants memes that have stood out from the rest. Memes have a short lifespan, and so for a meme to become long-lasting, it must be able to be used in various contexts yet keep some of its original ideas. SpongeBob memes have been some of the longest lasting memes in today’s internet world, and we are here to tell you why.

The Primitive Sponge meme became solid gold as soon as it hit the web, and that is because of its immediate recognition of the actual context of the episode. In the episode, Squidward attempts to find a quiet place to play his clarinet and encounters the primitive versions of SpongeBob and Patrick while time traveling. There is a moment in the episode when the primitive version of SpongeBob is frantically looking around confused. His sudden alarmed state is comical as it highlights the neanderthal sponge’s absurd behavior.

The Primitive Sponge meme became popular due to its ability to be photoshopped into various locations and situations where one may feel confused, surprised, and alarmed at a very primal level. “When someone borrows your laptop and types the letter ‘p’ into the browser history” which shows SpongeBob’s grandmother sitting down with a photoshopped MacBook and primitive SpongeBob next to her is a great example of this image’s relatability and hilariousness. This meme made the rounds for a few months, which in meme time, is quite a lot.

The Evil Patrick meme is an absolute classic that first surfaced on the web in early 2018 and remained strong for several months. The meme comes from the season 1 episode “Nature Pants” and shows a grinning Patrick star looking down at SpongeBob. The meme has been cut off to show only Patrick’s grinning face and not the trap which he intended to use in the episode. The animation of Patrick Star here is perfect, and it makes it extremely meme-able as it can be placed into so many contexts of mischief.

The still has inspired memes such as the “Me kicking ice under the fridge,” or “When you come up with new E-mails to get free trials,” which perfectly show the small mischief we are all guilty of from time to time. This meme became so easy to use, and because of its simplicity, it was used in many contexts. This meme may well be the most recognizable SpongeBob meme of all time and may even be the most lasting as well.

The Blurry Mr. Krabs meme is excellent because of its simple theme, which is confusion. The meme shows a confused Mr. Krabs surrounded by a crowd of fish citizens. Mr. Krabs is visible, but the crowd is just a blur around him. The image of SpongeBob’s boss so confused has inspired memes such as “When the conversation was going well but now her replies are getting shorter” and “When you’re socially awkward and the teacher says it’s time to get into groups.” There is a lot of versatility to this meme because anyone can relate to feelings of confusion and embarrassment or fear.

The rainbow SpongeBob meme plays with the actual context of the episode where SpongeBob lets his friends know if they use imagination, they can achieve anything they want. The imagination of SpongeBob creating a rainbow in front of him with his hands created memes has poked fun at imaginary things or ideas. Memes using this image that made the rounds on the internet included “Me describing my sex life” and “The Browns winning the SuperBowl this year.” This meme continues to poke fun at things that seem unlikely and that few could even imagine.

Now you know what makes SpongeBob SquarePants such a memorable character and why he is likely to continue to rule the internet. Due to its long run of eleven seasons, counting the material for SpongeBob memes is essentially endless and many are ready to mine it. As silly as it may seem, the SpongeBob meme phenomenon will be looked back upon as one of the great cultural events of the internet in the past decade. Even as we write this article, there are many more SpongeBob memes brewing in the web just ready to be unleashed, shared, and digested by internet users.