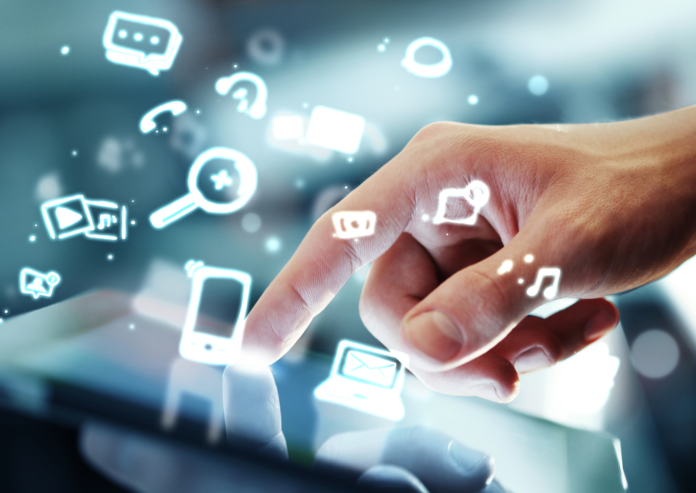 Once upon a time, the internet didn't exist. Jesters and humorists were relegated to carving or spraying their messages into or onto stone. We call these days the Dark Ages. Fortunately for us, those days are over and we have the best memes to choose from. Here we explore everything meme. We'll cover some meme history, give tips on how to spread your meme around, and present the best memes of 2018.

Quick Navigation
What Is a Meme?
Old School Memes
How Do Memes Gain Popularity?
- The Best Memes of 2018 -
Conclusion

What Is a Meme?

If you were born after the mid-1990s, internet memes are likely as familiar to you as the internet itself. For everyone else, the word “meme” seemed to appear out of nowhere magically. The best memes are now so deeply imbedded into our internet humor culture that few ever stop to consider when and where this word originated.

“Meme” is a term was coined by evolutionary biologist Richard Dawkins in his 1976 book, “The Selfish Gene.” In his work, he combined the words “gene” and “mimeme,” the ancient Greek word meaning “imitated thing” or “to imitate”. Dawkins created this term based research conclusions that noted behavioral and cultural elements play as significant of a role as genetics for human evolution.

This idea is revelatory because it suggests that it is our personal, rather than genetic, contribution transcends time and space. Royal bloodline or not, memes proves that your contribution to society's evolution can outlive genetic influences. Long live humor.

So what is a meme? Most people feel the definition before ever finding words for it. The answer to this question is often prefaced with a flash of some of your favorite memes followed by an uncontrollable grimace.

The Merriam-Webster dictionary provides two definitions for the word. The first refers to any “ideas, behaviors, or styles” that are spread and shared among people. The second definition entry is more specific, and more aligned with what we are exploring here. In layperson's terms, a meme is a funny piece of viral media.

Memes existed before a word existed to categorize them. Our ancestors may be rolling in their graves thinking, “Why so serious?” Half of the ancient carvings we find on cave walls and tombs could be memes. Who knows? Before the internet, memes were sprayed and scribbled on walls as graffiti.

There are a few proto-meme relics we know were for sure intentional. One of the most well-known is the “Kilroy Was Here” meme that gained popularity among American soldiers during World War II. No one knows with any certainty who created this meme, but tons of WWII veterans reported spotting it all around the trenches.

In the internet's olden days memes were 16-bit renditions that require a heaping dose of nostalgia for laugh-factor extrapolation. Now, memes come as static pictures, GIFs, and videos. We see them everywhere. The best memes are those that capture societal nuances. The best memes also are the most simplistic because they present commonly themes shared by most people. These are the memes that stick around for years.

In April 2018, Twitter user @YoRHaw posted a proto-meme clipping from a 1921 issue of “The Judge” magazine published by the University of Iowa. It's just as relevant (and funny) as any modern meme today. In fact, we see replicas of this exact meme made with modern images.

The early 1920s split frame illustration shows a dapper gentleman with perfectly coifed, slicked back hair. The caption under the drawing reads, “How You Think You Look When a Flashlight is Taken.” The next frame shows an awkward, disheveled and somewhat deformed looking caricature of the dapper man in the first frame with “How You Really Look” as the caption.

How Do Memes Gain Popularity?

By now you might wonder what makes the best memes? How does one simple concept get shared repeatedly on the internet? The common thread for all the best memes is hashtag, relatable. The greatest memes of all time are those that most people look at for a split second and resonate with it immediately.
This goes back to finding shared cultural subtleties and nuances. The best memes often entertainingly state the obvious. They don't have to be profound, offensive, or altogether unique to capture the brilliance behind the humor.

The best way to gain exposure for your meme ideas is to share your memes with your current social media friends and followers. Posting on your established account provides access to a readymade audience. This is a great place to start.

Creating a new account for memes might not attract the enough views to send your meme viral at first. When you have an active account, it increases your chances of getting likes and shares for your memes. If you want to create a separate account to post your meme content, stay active on that account and grow your following.

It is possible for your meme to go viral from positing it on one social media account or forum, but you improve your chances when you post on many websites. Remember the definition of “meme” is all about sharing and spreading the content around as much a possible.

If your meme references a specific topic or genre, know your audience and post to websites or forums where followers of that genre convene.

Use your creativity to segue into the meme and provide an organic buildup into the post instead of mass posting all of your best memes without context. Sometimes the buildup works best as a short story or a few lines of introductory dialogue.

This year began with a bang as an Instagram post from “Riverdale” fan emiliabastard who prompted the Chinese sensation “Karma's a Bitch” meme. It soon took off like nourishing wildfire. This meme got so hot that it grew into a challenge.

The meme features barefaced babes in lounge wear played over a remixed “Gucci Gucci” by Kreayshawn. No sooner is the sentence, “Oh well, Karma's a Bitch” (a line from Veronica Lodge in “Riverdale”) spoken, a flash of fabric transforms the darling duckling into a camera-ready swan.

What Google's Arts and Culture Selfie app did for DIY memes is what auto-tune did for shaky voices. By using facial recognition software, the Google app analyzes a face and brings back a famous work of art that looks similar. We're not sure if the technology is still in the rudimentary phase or if the Google engineers were looking for a laugh, but the images the system retrieves are often hilarious and totally meme worthy.

A beefy and contemplative Kim K. gives the death stare, because… “bro.” Need we say more?

Eric Andre is a walking meme, but the 2018 “Who Killed Hannibal?” is a hard earned nod to the Millennial community. The still taken from 2013's Season 2 episode 6 of the “Eric Andre Show” has seen a wide variety of topics over the years, but this version packs the most punch.

This modern classic meme was posted by Twitter user @alyssalimp. It shows an uncannily clean Melania Trump gardening. We are pretty sure she was only pretending to garden for the shot, but the caption makes this oh so relatable.

Clips taken from the Joe Rogan's YouTube video featuring Elon Musk smoking a joint was the stuff of insta-meme sensation. The clips are so iconic that there is even an Elon Musk Weed Smoking Generator. The laugh out loud possibilities are endless with these clips.

Okay, we love Netflix, but there is some truth to this meme. Spiderman is always cool, but with the recent casting marvel that is Tom Holland as Spiderman, taming expectations for character quality is no easy feat. This meme shows a good looking Manga rendition of Spiderman followed by a little rougher Anime version. Last, we get the Netflix Adaptation.

The show may be long gone, but that doesn't change how crucial this meme was in 2018. It's a series of clips playing out a heated argument between a father and son. The greatest part is it doesn't matter if you've seen the show or not. We've seen many versions of the meme argument play out, but the “Garfield” edit is our fave.

Not a Cellphone in Sight

Not a Cellphone in Sight memes are where it's at in 2018 and there are tons. Most versions present an absurdist scene showing the mundanity of life pre-smartphone. We can't pick a favorite here; they are all spectacular.

This list wouldn't be complete without mentioning Cat Memes 2008 Vs. Cat Memes in 2018. The first frame shows a “I Can Has Cheezburger” all-star fluffy and innocent looking British Blue smiling at the camera in 2008. Flash forward to the next frame for cat meme a la 2018. The “When You Walking” cat has two long legs with upside-down emoji “OK” hands. You're looking fierce 2018: rawr.

The best memes have the power to shake gloomy moods, inspire creativity, propel laughter from depths you didn't know you had, and even inspire social change. We don't care what they are called or where they come from; we are just glad they are here. If you are sitting on a meme, or a mountain of them, share them. You never know how where it'll lead.